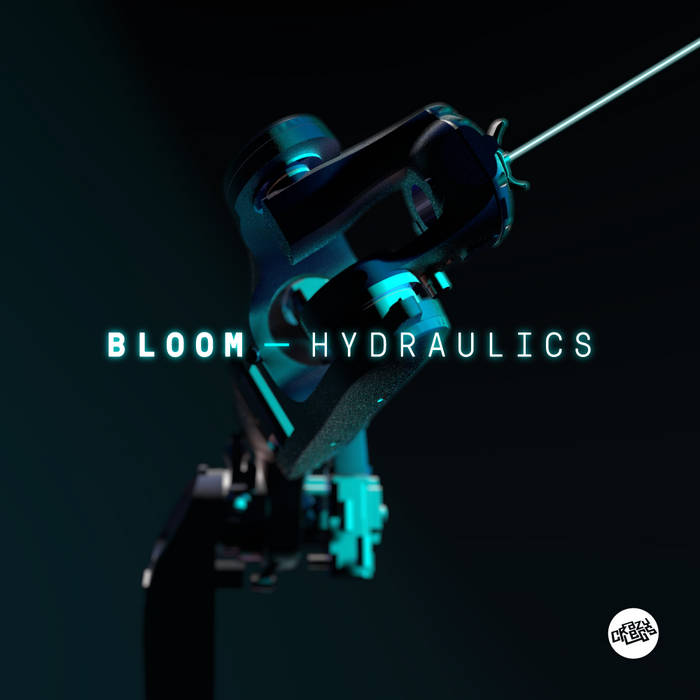 After an 18-month hiatus, it’s time for the return of one of the UK’s true pacesetters: Bloom. Hydraulics is a brain-twisting four track EP of convulsing, mechanoid dancefloor compositions that represents the Belfast producer’s most advanced body of work to date – and his debut on Bristol label Crazylegs.

If Kowloon and Raw Missions were the early warning signs of a resurgence in experimental 130-140bpm electronica, Bloom’s 2012 breakthrough Quartz was the spark that lit the touchpaper. A deranged four-minute cacophony of sirens, gunshots and squarewaves, it was a thrilling and timely reminder of how much potential remained untapped in instrumental grime - and launched Bloom into several year-end charts.

2013’s follow-up Maze Temple EP arrived on Lost Codes to great acclaim – taking the hard-nosed Quartz template and bending it into three new club-ready forms. Rinse FM and Fabric appearances followed, as did a riotous FACT mix that ended up in their top 15 of the year. His sole remix to date – Toyc’s Keyframe – lurched even deeper into the realms of dancefloor lunacy, becoming a set staple for Slackk, Brackles and Blackdown. A new Gage re-edit popped up in Slackk’s recent RA mix.

The term ‘game changer’ is overused to the point of futility in 2014 but Bloom is one of the few producers to whom it genuinely applies. The small amount of material he’s released is regarded as standout, scene-shaping work. Bloom’s status as a major influencer has only grown in his absence – along with feverish anticipation for new material.

Bandcamp Daily  your guide to the world of Bandcamp

Featured sounds from Fly Lo and Ahmed Idris, plus Mother Nature hops on to drop off new project